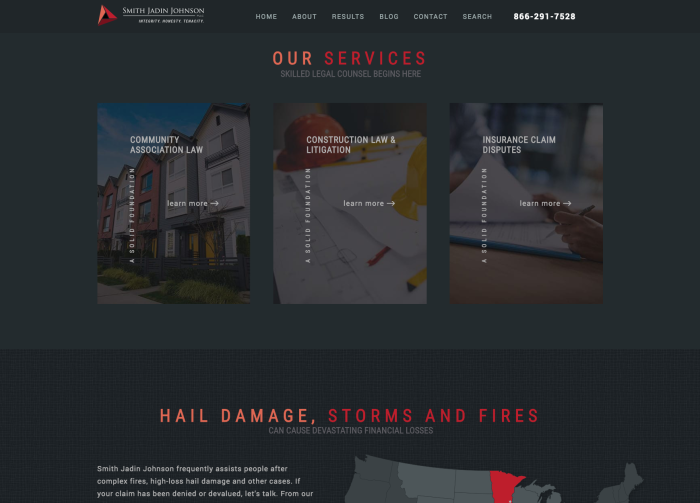 This was an online rebranding project for a multi-city law firm, looking to completely update their look from what was online. The firm felt that the previous visual narrative didn’t fit the firm’s legal acumen and visual style of the firm’s partners. The firm also felt that their previous site didn’t have enough drama and visual punch, given the bold colors of their red-hued logo.

The firm had also been a previous client of FindLaw, who had not been happy with the design we’d given them prior to their departure, so the overall directive was to really wow this firm with something very “design forward” and visually strong to impress them into re-establishing faith in what FindLaw could offer. We discussed the possibility of using a “hipster” vibe to visually define the firm within the Minneapolis and Denver markets, both locations that embody that feel in the culture. It was with this goal in mind that I began designing a site that included the following:

This site was awarded with a 2019 Hermes Creative Award (FindLaw)